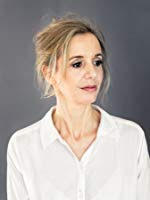 We have been big fans of Rosamund Lupton since we first read her debut novel Sister 10 years ago. Her writing is engaging and you can’t fail but to be moved by her words. We were delighted when Rosamund spoke to us about her new novel Three Hours. We hope that the insights into her writing, the advice she gives and her honesty, helps to inspire the authors we work with to achieve their dreams.

Thank you for taking the time to talk with us today. We have loved reading Three Hours and wonder how are feeling now that you have a new book published after having a break from writing?

It’s a little daunting, I have to be an ‘author’ now in public, rather than a writer typing away or just being me at home. I’m quite shy so I find it hard.

What was your inspiration behind this story? When did the idea first come to you?

I used to spend a lot of time in libraries and my first image was a pile of books barricading a library door. From that I started thinking, who’s outside the library and why? Other interests, such as Macbeth, and the plight of child refugees then became part of the story too.

How much research did you have to do for this book? There is so much detail within the pages about investigation procedures, school safety procedures, immigration etc.

There was a great deal of research, some of which I was already interested in which is why I wrote the book. For instance, child refugees and the rise of hatred in our country. I was lucky that Graham Bartlett, former police commander for Brighten & Hove made sure that it was all true in terms of the police operation.

The fact that this story unfolds over the course of three hours and it almost takes the reader that long to read it, makes it feel like you’re even more immersed in the novel. When you first set out to write this book, was this your intention?

I wanted the ‘action’ to be set over three hours, partly because it’s about the length of a dress rehearsal of Macbeth, and also because you’re right, I did want the reader to be reading almost in real-time with the characters. I wanted to create a very concentrated experience I had a minute by minute breakdown of where everyone was to make sure it worked.

You have snow within this novel and also in The Quality of Silence, for me it made the story all the more chilling. Do you think the weather is an important part within a story?

Yes, I wanted it almost to be a character. It’s vicious and dangerous. A young boy gets dangerously cold through the book, and the snow hides the paths, so that people get lost. Because of the snow, gunmen could be hiding in the woods. It’s also a visual metaphor for what’s happening in the story – nothing looks the same, all the familiar landmarks are changed.

What have you enjoyed most about writing this book?

I think it was writing about ‘Macbeth’, I loved revisiting that play and thinking about it in a new way.

We enjoyed reading about Macbeth and seeing it from such a different angle. How did you draw the lines between Macbeth and terrorism?

I was interested in how Macbeth starts out as noble, but because of the witches, his wife and his own ambition he’s turned into a violent murderous man.  I wanted to explore the parallels with someone becoming a terrorist today – how is that person turned evil? Is it a similar process to Macbeth? Who are the witches?

The mother spoke to her son in her head, this was a unique insight into their relationship. I wonder do you have conversations with your sons in your head too?

Although the son in the book is absolutely nothing like my own sons, the tone of those in-her-head conversations are very similar to the real ones I have with my sons. I wanted to show the warmth and closeness a teenage boy can have with his mum.

Do you think you could have written this book when your children were younger?

Practically, I couldn’t have done because I was doing 14 hour days by the end of the novel and as a mum to little children that wouldn’t have been possible!  Emotionally, I think it would have been harder too. I found it a very painful book to write, especially when young children are in peril. I also write a lot about teenagers, so it was helpful to have teenagers around while I was writing.

There are many amazing reviews coming in from big authors, booksellers, readers. How does it feel to receive such feedback?

I think it’s humbling. I feel so very grateful. I know it takes time to read a book, and to write a review, and I’m always a bit amazed that someone has chosen my book.

We work with a variety of authors who are working on their manuscripts. What advice would you give to one of our authors who is preparing a manuscript and 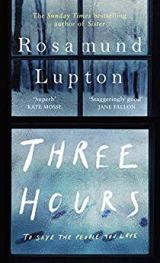 dreaming of being published?

Keep going with the dream and don’t get disheartened, it just takes one person to want to publish your book, even if other people have turned it down. Remember that people want to find a wonderful novel to publish, and it could well be yours.

Thank you so much, Rosamund, for spending your time talking with us. We are very grateful.

Three Hours is published by Penguin and is available to purchase now. https://www.amazon.co.uk/Three-Hours-Rosamund-Lupton/dp/0241374499

View all posts by calicogiftsblog